hild care quality is improving in Contra Costa County and we have the ratings to prove it!

Scores of three or higher mean that programs have met or exceeded quality benchmarks in areas that have the greatest impact on children’s learning and development, such as staff education and training, child-teacher interactions, and providing safe, enriching environments and age-appropriate instruction. 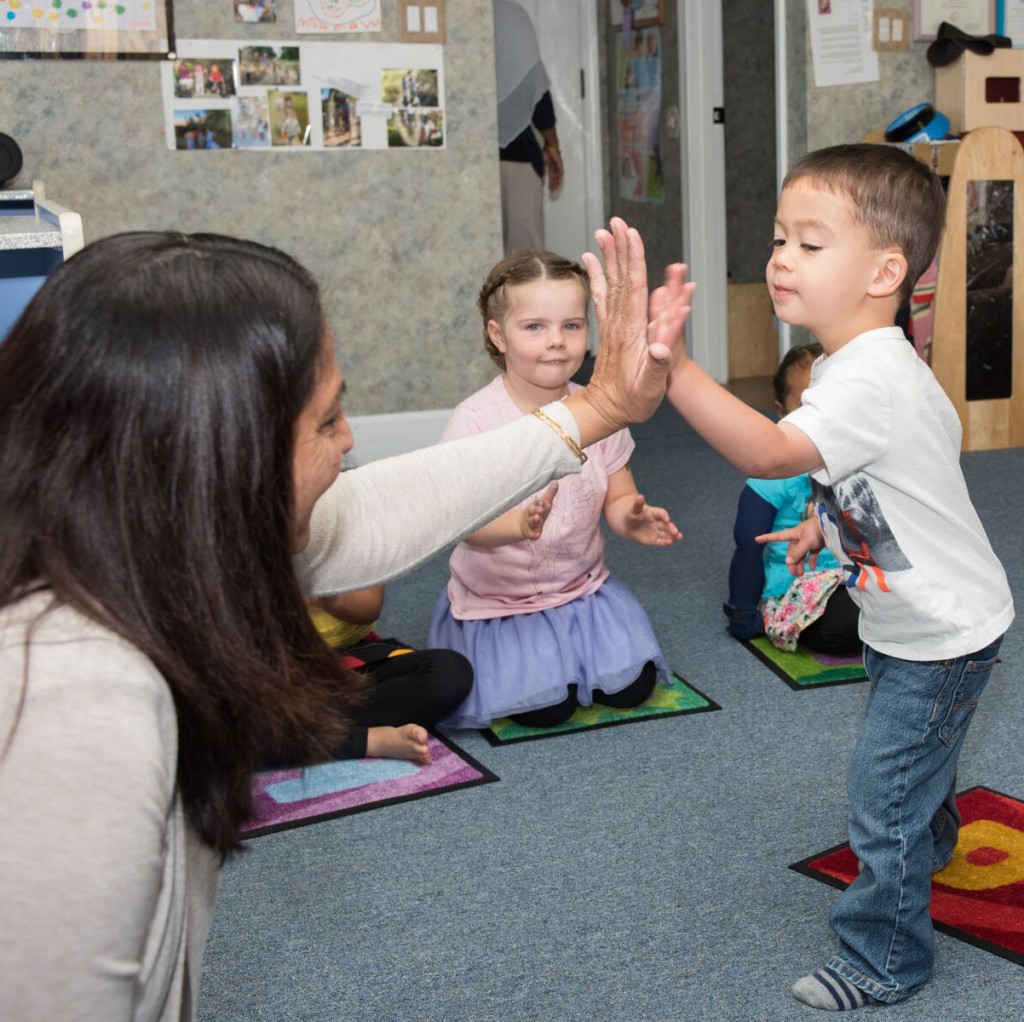 Benu Chhabra, a Concord family child care provider who’s been providing child care in her home for twenty years, received a 2 rating (approaching quality standards) in 2014. At the time, she had high scores for teacher-child interactions, but was not using tools recommended to track children’s development and learning.

Benu worked with her coach to improve her environment and was trained on the Ages and Stages Questionnaire (ASQ) developmental screening tool and the DRDP (Desired Results Developmental Profile) to assess children’s learning levels.

In addition, Benu says she attended more than 80 hours of workshops – four times more than the requirement – because she believes learning never ends. Now, two years later, Benu joins five other family child care programs who received a 5, the top rating which is extremely difficult to earn.

“After attending each workshop, I felt more confident,” said Chhabra. “And with the DRDP and ASQ tools I’m able to make connections with parents and better understand each child and to offer activities to help them progress to the next level. It was also so helpful to talk with my coach and assessor.”

Congratulations to the first cohort of QRIS participants to be re-rated. We know how hard you worked to improve your ratings and to provide young children with high-quality early learning experiences.

Rating reports for each site will be posted here later this summer.

Improving the playground at De Anza Park in Pittsburg was just the beginning for the East County Regional Group.

Newly funded with a $20,000 from the Kaiser Permanente Northern California Community Benefit Program, this dedicated group of parent advocates we sponsor are launching Pittsburg PACE (Parks, Activities, & Community Engagement) with a series of activities designed to increase physical activity among young children and families in Pittsburg’s Trident/De Anza Park neighborhood.

Pittsburg PACE will last through next summer and include children’s sports programming (soccer and t-ball), a family walking and activity club featuring Zumba and yoga classes, and resident leadership to improve routine habits of physical activity, park use, and neighborhood cohesion among families with young children.

The program launches later this month and will include a community “kick-off” on August 13 at De Anza (located on East Trident Drive in Pittsburg) featuring fun, family-friendly activities. More information about the event will be posted soon on our website.

A recent report on Pittsburg’s 22 city parks compiled by the East County Regional Group, First 5 Contra Costa, and Healthy & Active Before 5, identified De Anza Park as the city’s park most in need of improvements. The report also showed that young children living near De Anza have less access to safe, quality park spaces compared to children in higher income neighborhoods.

Congratulations to the East County Regional Group for receiving their first grant and for improving East County parks for all young children and families. Great work!

Sugar Bites is Back with New Summer Ads

We’re running our Sugar Bites ads this summer to remind parents that serving water instead of sugary drinks is the healthiest option for quenching their children’s thirst.

The ads, which focus on soda and sugary juice drinks, are running in Concord and San Pablo at bus shelters, convenience and grocery stores, gas stations, and on County Connection buses.

And for the first time, we were able to place printed window clings directly on refrigerated beverage cases in about 40 convenience stores and gas stations. 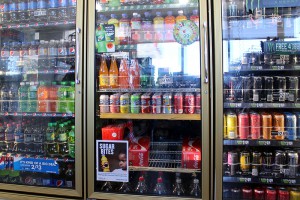 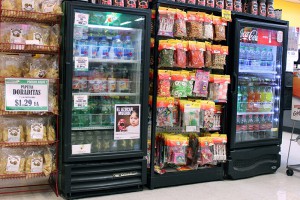 We also managed to get Sugar Bites ads inside the grocery store! Look for them on grocery carts at Safeway and FoodMaxx locations. 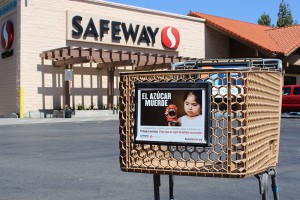 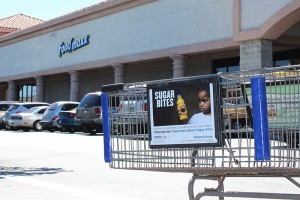 The purpose of Sugar Bites, launched in 2013 with Healthy and Active Before 5, is to inform parents about the dangerous health effects of sugary drink consumption and to encourage them to serve their toddlers and preschoolers water instead.

According to researchers, sugary drinks are the largest source of added sugar in the diets of children and contribute to childhood obesity. Unless trends change, health advocates say one in three U.S. children born after the year 2000 – and nearly half of Latino and African American children – will develop type II diabetes in their lifetimes. Already half of California children experience tooth decay before kindergarten.

Learn more about the Sugar Bites campaign by visiting cutsugarydrinks.org. You can also order Sugar Bites posters or brochures for your agency to distribute by contacting Tracy Irwin.

First 5 Centers are for Dads, Too

Last month, the American Academy of Pediatrics (AAP) released its first report on fatherhood since 2004. The report, “Fathers’ Role in the Care and Development of Their Children: The Role of Pediatricians,” encourages pediatricians to initiate conversations with men and encourage involvement in their children’s lives, starting at birth.

We have the same goal at First 5, involving fathers in programming such as home visiting services for new fathers and father engagement classes at our First 5 Centers. About 16% of parents attending the five Centers are fathers or male caregivers.

“Fathers really have a quite impressive impact on their children’s health, including how well they do in school, how well they get along with friends, and whether children run into problems like substance abuse or delinquency,” said Dr. Michael Yogman, chair of the AAP Committee on Psychosocial Aspects of Child and Family Health and co-author of the report. “Pediatricians can encourage fathers to get involved; one way is to write a prescription for dad with doctor’s orders: ‘Play with your baby every day,’” he said.

Our First 5 Center dads are definitely heeding this advice! See these great photos of fathers playing with their children at the First 5 Centers last month. 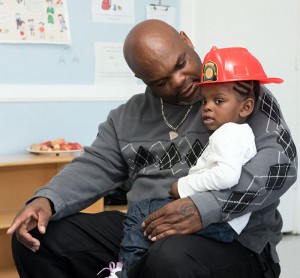 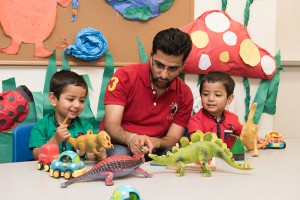 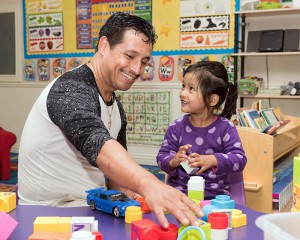 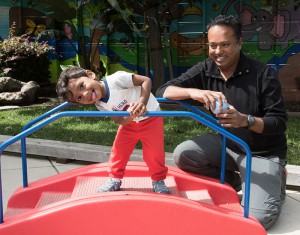 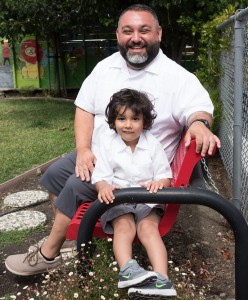 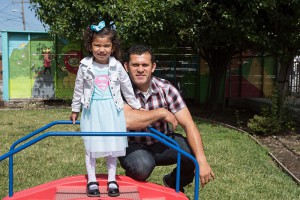