Spotlight: Andre and the Inclusion Program

Contra Costa is one of several communities working to become “trauma informed,” which Dr. Perry said is really about providers becoming “developmentally informed”. When providers from all disciplines, whether preschool or the criminal justice system, better understand how children develop, it improves the way traumatized children are diagnosed and treated.

What can cause early childhood trauma?

Interruptions in development such as mother’s use of drugs and alcohol while pregnant
Disruption in the parent-child attachment, which can be caused by a mother who struggles with depression
Adversity any time in life caused by a traumatic event or child abuse
According to Dr. Perry, children are made resilient by having attentive and attuned caregivers early in life. When caregivers respond appropriately and positively when a child feels stress, it helps children feel safe, develops a positive parent-child bond and promotes healthy brain development. Dr. Perry’s research has documented how the impact of trauma during early childhood can contribute to poor brain development and later health problems.

“The risk for heart disease is higher from adverse childhood experiences than from smoking,” said Dr. Perry. “But the good thing about resilience is you can build it.”

Our Sugar Bites health campaign is back. And this time we’re taking a bit out of sugary juice drinks.

“Most parents know that soda isn’t good for young children, but deceptive marketing tactics trick them into believing that juice drinks are a healthy alternative. They’re not,” said Contra Costa Health Services pediatrician Dr. Diane Dooley. “Eight ounces of soda and eight ounces of apple juice both have 27 grams of sugar.”

According to researchers, sugary drinks are the largest source of added sugar in the diets of children and contribute to childhood obesity. While national preschool childhood obesity rates appear to have declined, rates are three to five times higher for African American and Latino preschoolers compared to white children. Unless trends change, health advocates say nearly half of Latino and African American children born after the year 2000 will develop type II diabetes in their lifetimes.

“Drinking a large amount of sugar without the fiber in fruit that makes you full is not good for anyone, especially young children,” said retired cardiologist and former Richmond City Council member Dr. Jeff Ritterman. “Even diluted juice drinks can give kids cavities and increase diabetes in the future. My advice to parents is to serve children water or milk.”

“New evidence shows that children who are overweight or obese by kindergarten are five times more likely to be obese as adults,” said Cally Martin, First 5 Contra Costa’s Deputy Director and the Chair of the Healthy and Active Before 5 collaborative. “One remedy is simple: Serve kids water instead of sugary drinks.”

According to a new survey, parents are more likely to serve their children water or milk instead of sugary drinks after seeing our first Sugar Bites campaign, which ran last spring and summer.

In October, we conducted on-the-street interviews with 99 parents with young children to assess the reach and impact of our Sugar Bite campaign. The interviews were conducted in English and Spanish and took place in Concord, San Pablo, and Richmond.

After working successfully to improve traffic safety in the Monument Community, parent advocates on our Central County Regional Group are now applying their advocacy skills to improving parks and playgrounds in Concord. Last November, Group members began their process by visiting Monument Community parks to rate the safety and quality of each park. Their findings were recently reviewed and shared at a workshop attended by Concord City Council members, including Vice-Mayor Ron Leone and Councilmember Edi E. Birsan, along with City staff to evaluate priorities and plans for future improvements. The Group will ultimately share its recommendations with the full City Council, police department, and park and recreation department.

See our fantastic advocates in action in this short video:

Partners on this project include: Contra Costa Health Services, the Monument HEAL project (Kaiser and Michael Chavez Center), Healthy & Active Before 5, and the City of Concord.

When developing our new Sugar Bites campaign, we realized there are a lot of misperceptions about 100% juice and juice drinks. To start, what’s the difference between the two?

Juice drinks are beverages that do not contain 100% fruit juice and are loaded with added sugar and unnecessary calories. They have little nutritional value. These beverages are called juice drinks, fruit drinks, cocktail, beverage, or punch.

If parents do serve their children juice, it is important to make sure to limit it to 100% fruit juice and serve no more than 4 to 6 ounces a day, the amount allowed per the American Academy of Pediatrics. That’s only ½ to ¾ cups of 100% juice a day. Most preschoolers, however, drink twice the allowable amount every day.

Keep in mind that consuming either too much juice or juice drinks can contribute to tooth decay and childhood obesity, so when it comes to juice, follow these tips:

Spotlight: Andre and the Inclusion Program

When Andre, a preschooler with Down syndrome and delayed communications skills, began attending a West County Head Start preschool program, his teachers turned to the Inclusion Program for support.

At the time, Andre was exhibiting frequent outbursts and uncooperative behavior. Although he had attended programs for children with special needs, he hadn’t participated in a typical preschool setting. Routines like circle time and lining up, and social skills like sharing were new and overwhelming to both Andre and his teachers.

“It was very important to me that Andre attend a typical preschool. Without the Inclusion Program, he wouldn’t be able to,” said Julissa, Andre’s mom. “The teachers really responded to the strategies my Inclusion Facilitator Joanne suggested.”

One of the most successful strategies developed for Andre was for the teachers to start using visual cues to communicate. For example, when it’s time to wash hands or sit in circle time, the teachers now show Andre a photo depicting the activity.

“The visual cues have helped so much. Now Andre understands what to expect. With some redirection from the teachers, he’s no longer throwing himself on the floor or having a tantrum,” said Julissa. “Andre has learned to be interactive, just like all children need to learn. This will be so important when he starts kindergarten.” 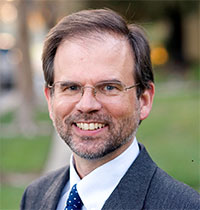 2014 really is shaping up to be the year for preschool!

President Obama, in his proposed 2015 budget released earlier this month, pushed for an additional $750 million to lay the groundwork for his “Preschool for All” initiative, a $75 billion federal investment in early childhood education. As proposed last year, this would be funded by a federal tobacco tax.

The president’s budget would also increase access to voluntary home visiting programs by expanding Early Head Start programs. The President is doubling down on his commitment to providing quality early learning experiences for low-income children who need it most. Let’s hope Congress gets on board – since just about everyone else is.

Law enforcement, economists, and governors in red and blue states are pushing for universal preschool as a way to level the playing field for our most disadvantaged children. Although California’s governor hasn’t exactly gotten on board (yet), it hasn’t stopped state leaders from pushing for greater early childhood investments.

In January, Senate President Pro Tempore Darrell Steinberg introduced the Kindergarten Readiness Act of 2014 (SB 837) to expand and improve transitional kindergarten (TK). Phased in over a five-year period, the program will eventually provide TK for all four-year-olds in California, with an extra year of Head Start for children living in poverty. School districts and charter schools would be allowed to contract with private TK providers who meet quality standards.

In addition, the California Strong Start Program (SB 1123), introduced by Senator Liu, would redesign the General Child Care Program for infants and toddlers and establish a comprehensive, evidence-based, locally controlled program for children birth through age three in California. Details are still to come, but Early Edge California suggests this blueprint.