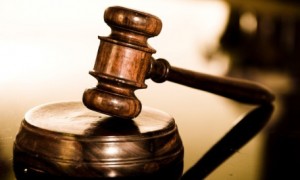 At last, some good news!

I’d like to say that I knew all along that First 5 would prevail, but honestly, none of us could have anticipated such a decisive statement as the one Judge Kazanjian handed down in her decision.

In summary, the State argued that because it was setting up a separate State fund that would support services for children 0 to 5, AB 99 was furthering the purpose of Prop 10. The State claimed that Prop 10 was primarily about providing services to children 0 to 5, not about setting up local processes to do so. The State even claimed that the severe budget crisis had forced the Legislature to take this difficult action.

Judge Kazanjian pretty well picked these arguments apart, noting the great detail to which Prop 10 goes to ensure that local funds can only be expended according to the strategic plan approved by the local Commission. In her ruling, she wrote: “To claim that transferring decision-making from local communities to the state legislature is ‘consistent with’ Prop 10 is like asking the court to find that black means white.”

She also noted inconsistencies in the State’s argument that belied the barely hidden intent to use AB 99 as a method to backfill cuts in Medi-Cal. And she reminded the State that the budget crisis could be solved by other means more clearly at the Legislature’s disposal, such as raising revenue.

This victory would not have happened without the leadership of the ten First 5 commissions participating in the lawsuit. To my colleagues in those counties, thank you for standing up and fighting this fight for California’s youngest children.

In a year of great upheaval that will have long-term effects on Californians of all ages, finally a voice of reason emerged in Fresno. Barring an appeal by the state, we can now get back to the business of building systems of high-quality services that will continue to support families with young children for many years to come.