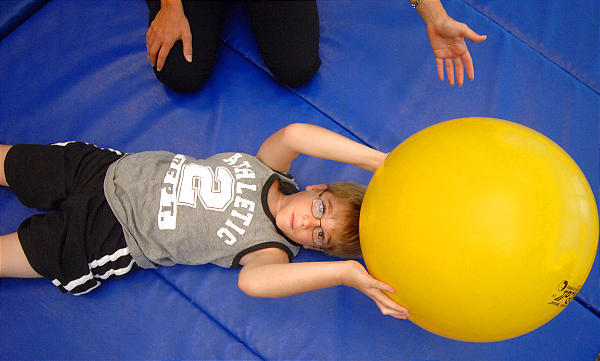 JoAnn went to her pediatrician, who said there was no clear diagnosis for Zander. He wasn’t autistic. He didn’t have ADHD. According to JoAnn, “He was not clearly anything, but he was clearly having problems.”

Zander’s case is not unique. According to research by the SPD Foundation, 1 in every 20 children experiences problems with sensory processing.

Examples of sensory processing problems include the child who does not like his diaper changed and says “it hurts,” the child who bumps into things and other children unintentionally, or the child who hits and kicks his peers when they barely touch him. Sensory issues may cause behavior problems and/or delayed motor and social emotional development. Some children exhibit an appetite for sensation that is in perpetual overdrive and are often misdiagnosed and inappropriately medicated for ADHD.

Sensory Processing Disorder occurs when a child’s nervous system has difficulty making use of sensory information. It is the job of the nervous system to take in the information around us through our senses and organize that information so we can attach meaning to it and act on it. The lack of control over sensations like touch, smell, sound, taste, balance, and body positioning, can make it very difficult for a child to manage his own behavior, especially when he or she is expected to sit in circle time or participate in structured activities with peers.

“Far too many children with sensory symptoms are misdiagnosed or not properly treated,” said Ange Burnett, the Contra Costa Child Care Council’s Inclusion Project Coordinator. “As a result, these children often have problems making friends, and are labeled unfairly as disruptive, aggressive, clumsy, or uncooperative by teachers or peers. Many are kicked out of child care.”

Children diagnosed with SPD need occupational therapy treatment, but most insurance companies do not pay for it because SPD is not included in the Diagnostic and Statistical Manual of Mental Disorders (DSM-IV), a manual of currently recognized mental health disorders published by the American Psychiatric Association. SPD has made the final list for new disorders being considered for recognition in the revised DSM-5 due out in 2013, which advocates say will help prevent misdiagnosis and inappropriate treatment, and may improve the likelihood insurance companies will cover the cost of treatment.

Talk with your child’s pediatrician or health care provider if you have any concerns about your child’s development.

2 thoughts on “What is Sensory Processing Disorder?”