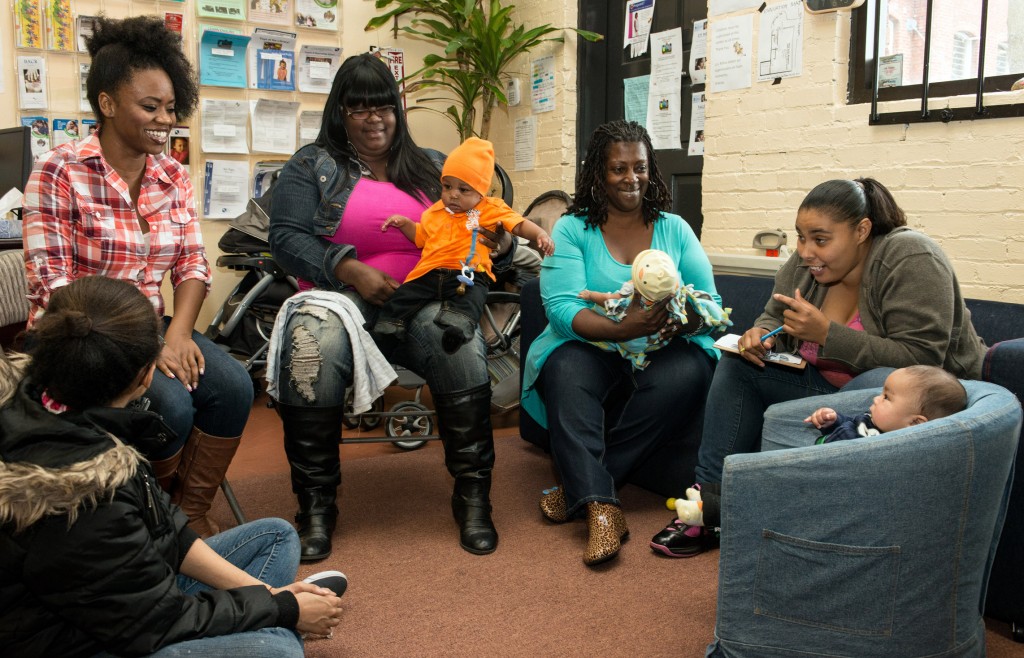 “Be the rainbow to someone’s day.”

That was the closing inspiration at the West County First 5 Center’s new African American mothers support group, a place for mothers and caregivers to come together, talk, vent, exchange ideas, and make new relationships without feeling like they’re attending just another parenting class.

The group, called Kahawia Uzazi (Swahili for Brown Parenting), has attracted about a dozen mothers and caregivers to the Center’s Richmond location since it started eight months ago.

According to the group’s facilitator Alisa Robinson, “The group gives mothers a comfortable outlet to discuss whatever issues they might like to discuss in a familiar, non-judgmental environment with people they may have many things in common with.” 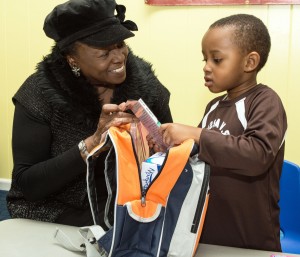 Margaret Jacobs-Frazier, with her grandson at the First 5 Center, shares her wisdom and experience with mothers attending Kahawi Uzazi.

One aspect of the group that has been particularly embraced by participants is the inclusion of Margaret Jacobs-Frazier, a grandmother who was asked to serve as a mentor for the younger mothers.  Ms. Frazier regularly attends the First 5 Center with her grandson and is known for the sound wisdom and advice she often shares with parents in her classes.

“I love that Ms. Frazier is so passionate about working with the mothers and brings a wealth of tips, experiences, spirituality and peace to a group of women whom mostly have never experienced wisdom in a positive way before,” said Robinson.

For Ms. Frazier, being asked to participate was an honor.

“The mothers are so receptive to the information we’re sharing because we never come from a place of criticism. This is a place where mothers can be nurtured and cared for,” said Ms. Frazier. “I have such a respect for young women attempting to progress in life. I’m so excited to share the things I’ve been blessed to learn over the years.”

At each session, topics such as self-care, child development, and communication are introduced while the mothers do an activity or art project. The participants also take turns leading activities as a way to develop confidence and leadership skills, and organize activities outside the group as well.

Christina, who has a five-week-old baby girl and recently moved to Richmond with her two school-age children, says she felt really isolated before joining the group. Now she says she has people she can count on.

“I’ve learned a lot from this group I wish I’d known when I had my other children. When I go, it just gets me thinking positive. You leave there feeling better about yourself.”