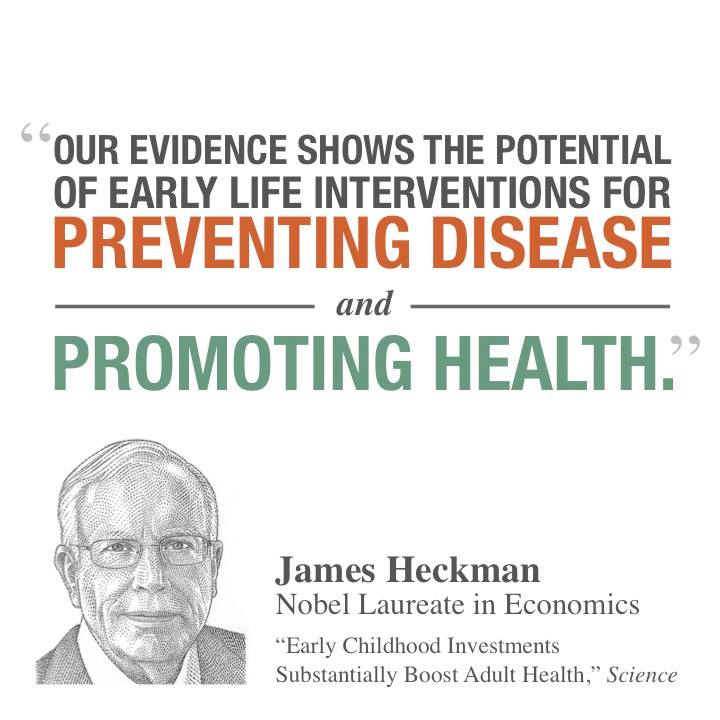 In the Abecedarian preschool study, two groups of low-income children birth to age five were tracked: one who received services and the other who did not. Services included stimulating early learning experiences from birth, full-time preschool, meals, and periodic medical check-ups and screenings.

Women who received preschool services were less likely to suffer from pre-hypertension and obesity and more likely to engage in healthful habits such as regular physical activity and more nutritious eating habits.

“We now have evidence that quality programs can be used to prevent costly chronic diseases, increase productivity, and potentially reduce health spending. These new findings on health intensify the already high value of quality early childhood development for disadvantaged children – and should be put to use to shape more effective state and national policies.”