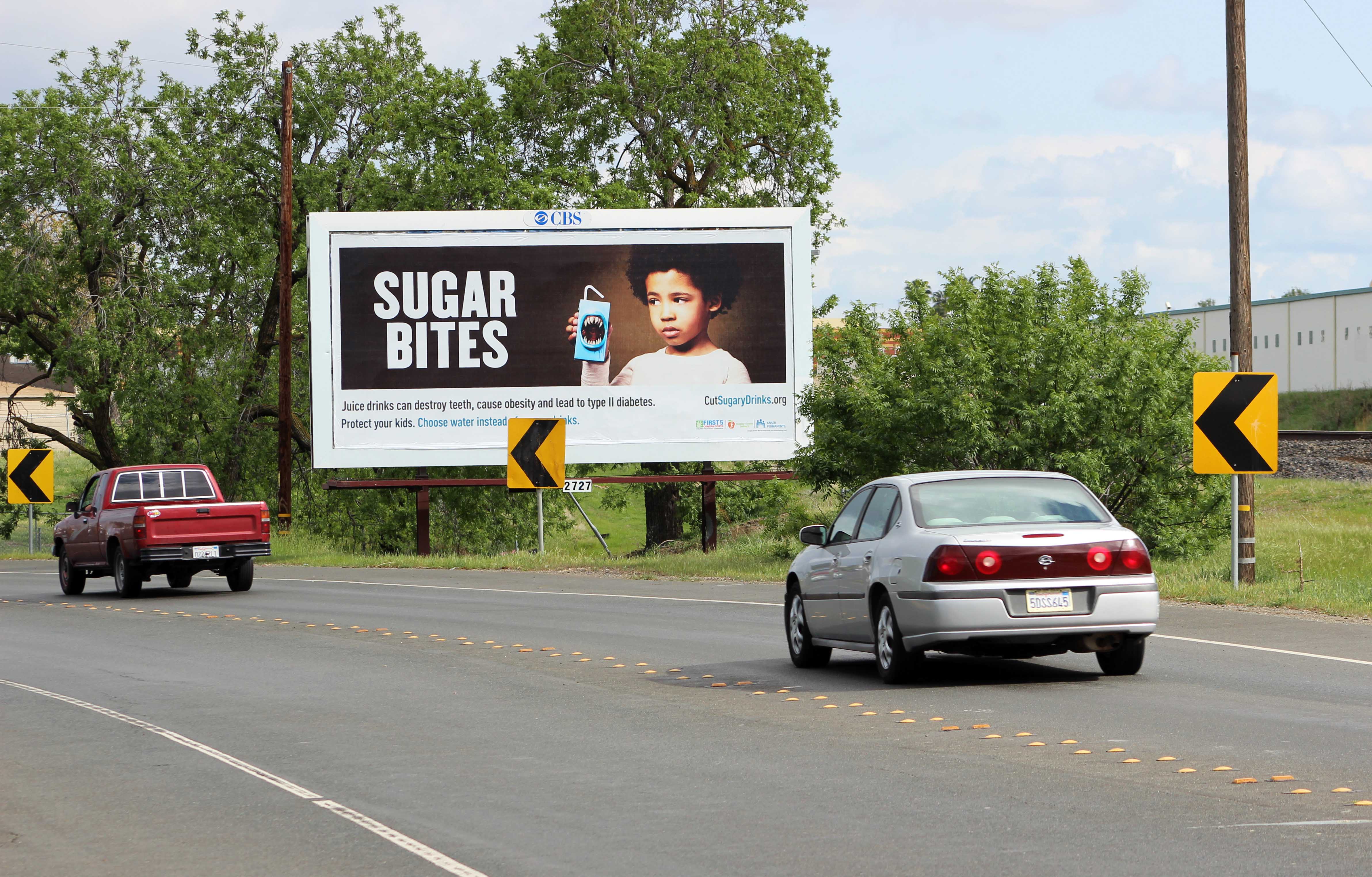 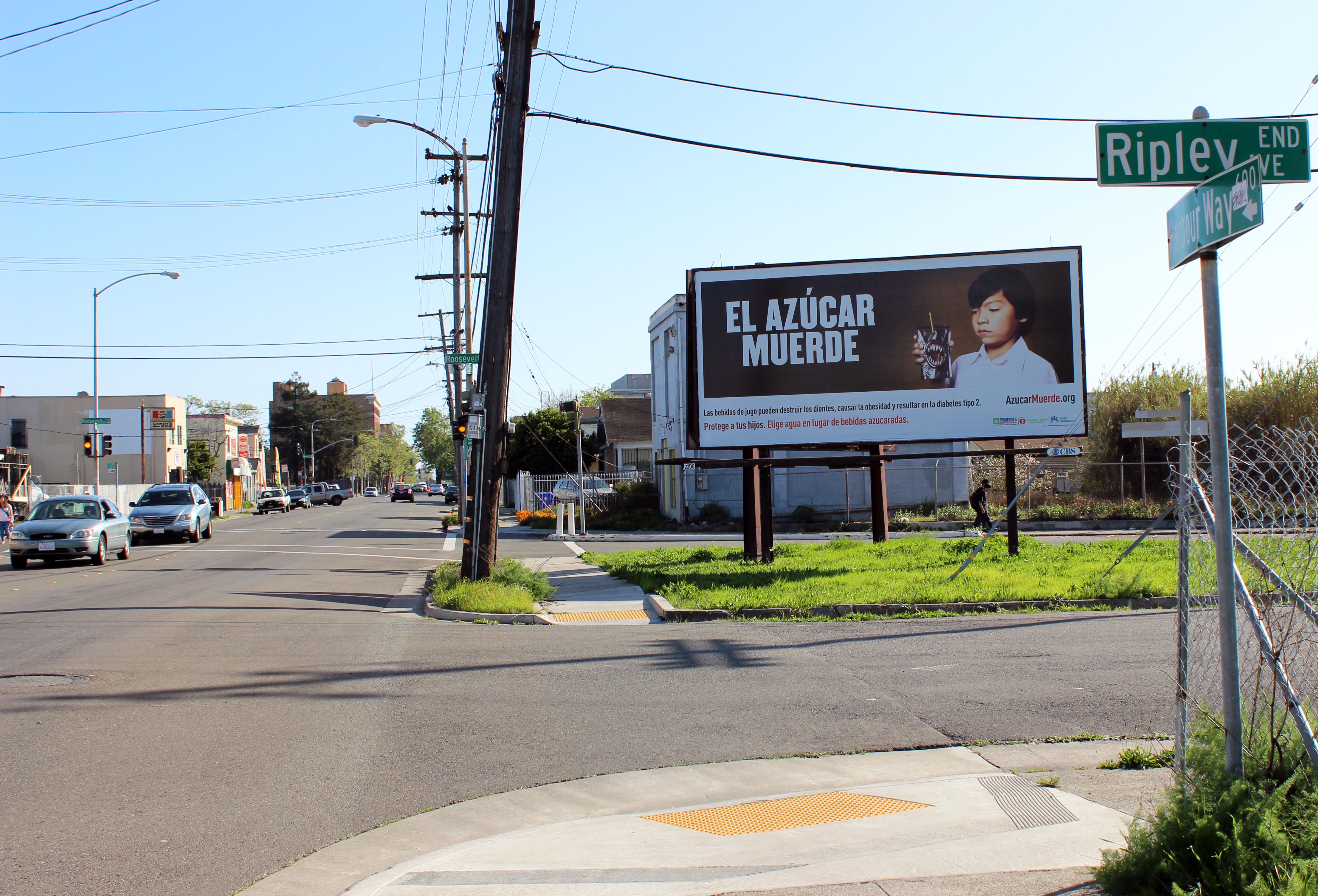 After the first campaign, First 5 California printed thousands of brochures to distribute in dental offices throughout California. Since then, dental offices from Humboldt to San Diego have contacted us weekly to replenish their stock. Although we only distribute our share of brochures in Contra Costa, this interest got us thinking: why not conduct our own dental outreach program here? One month later, Sugar Bites materials (brochures and posters) were being distributed in 133 dental offices in our targeted communities. 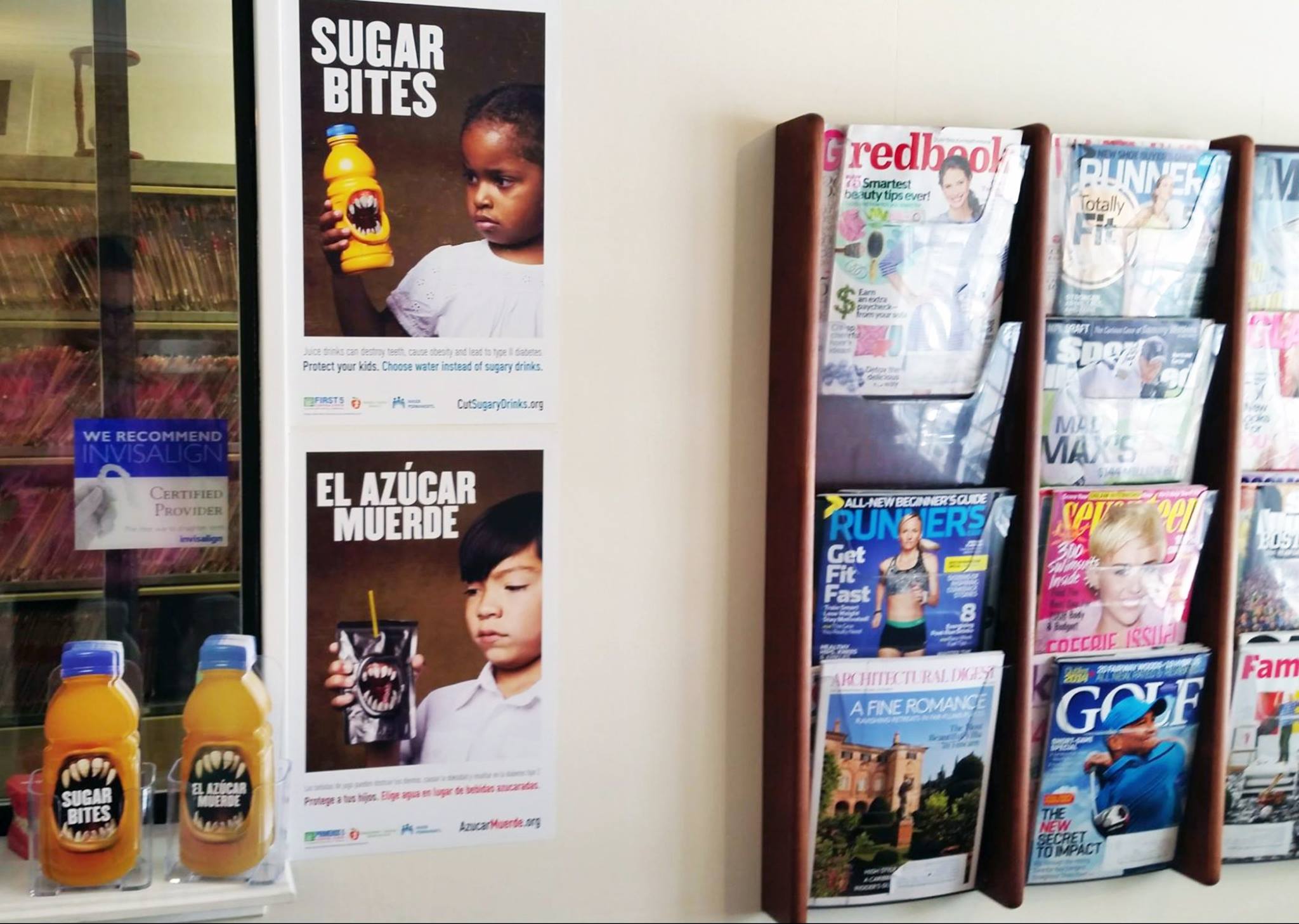 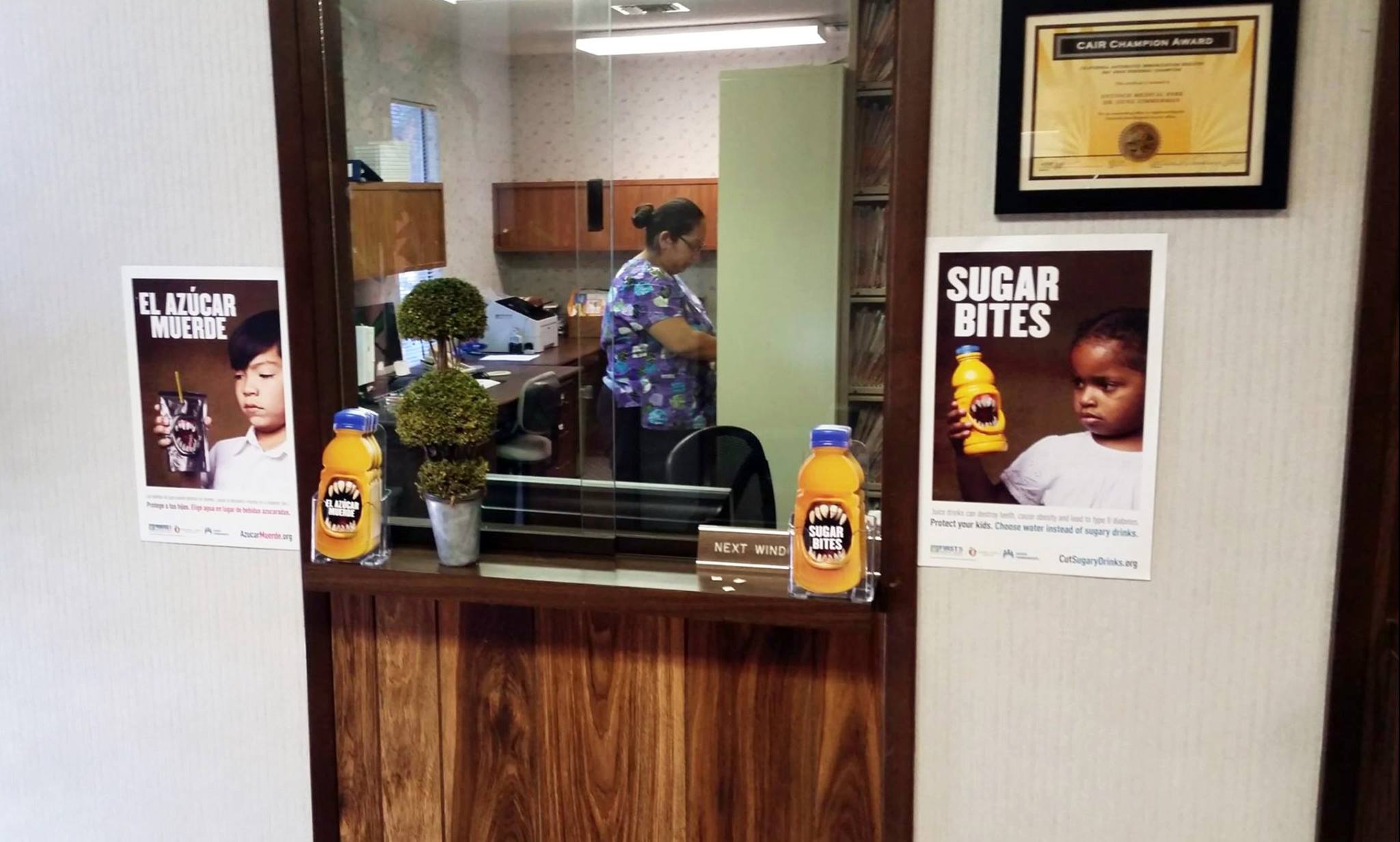 To reach parents at home, we placed Sugar Bites door hangers at 22,500 homes in Richmond, the Monument Corridor, and Pittsburg and Bay Point. We saw the highest traffic to the cutsugarydrinks.org website the day the hangers were distributed. 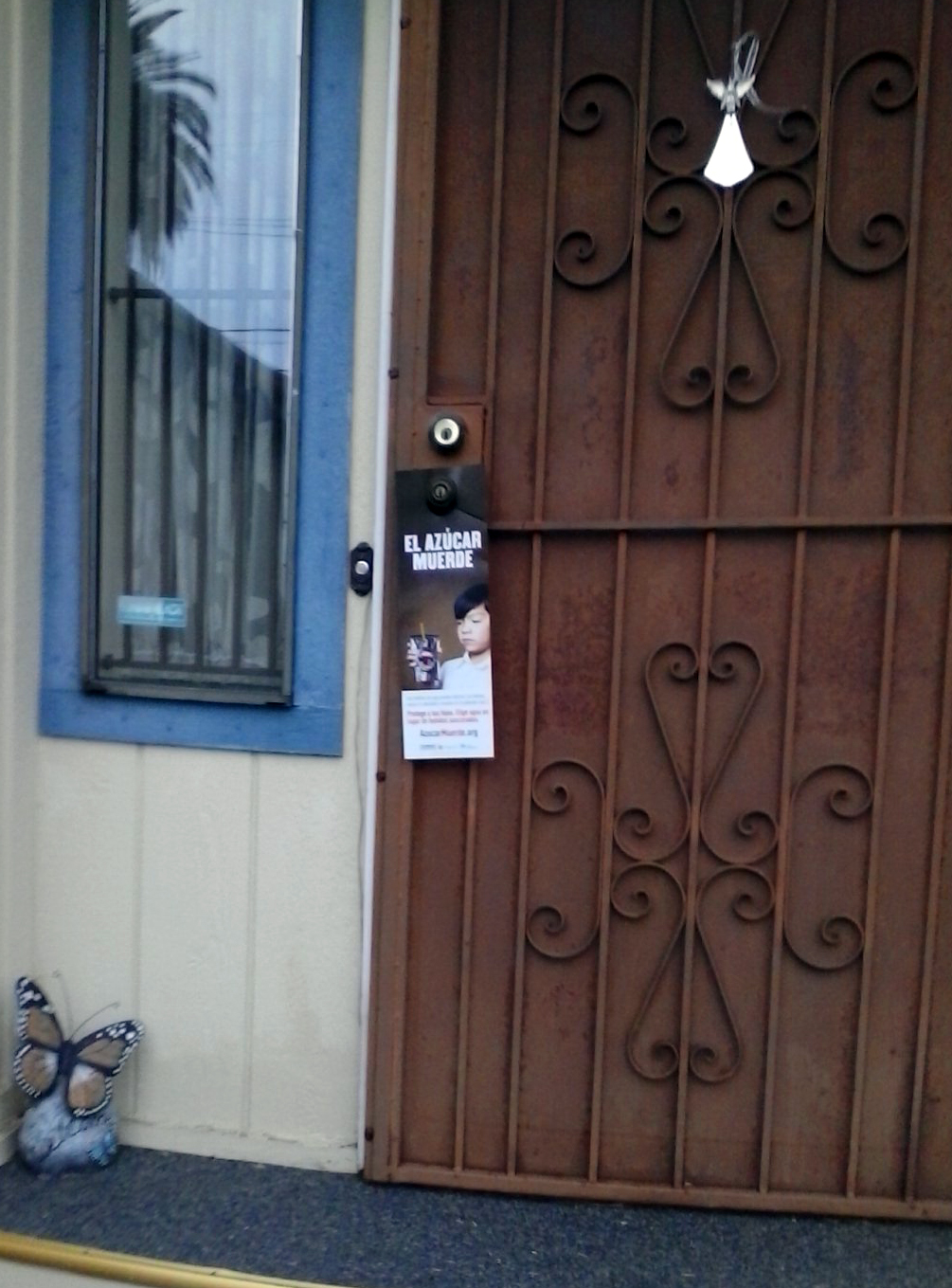 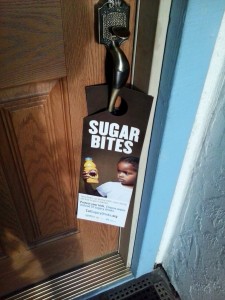 We printed our Sugar Bites ads on 5,000 shopping tote bags to get the message into grocery stores. 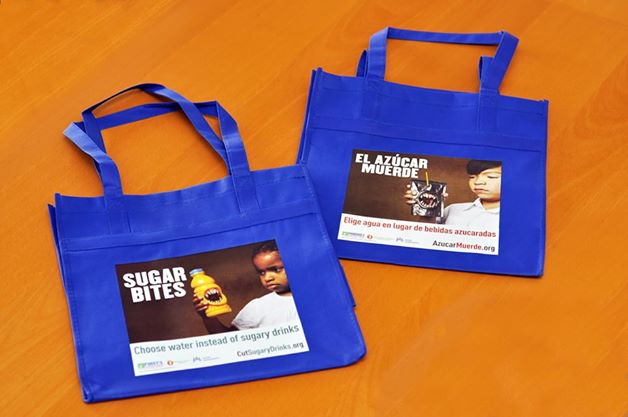 In May, our Sugar Bites website won the Gold Award of Excellence in this year’s Communicator Awards, the leading international awards program honoring excellence in marketing, advertising and communications. We received the top award for a website in the health category. 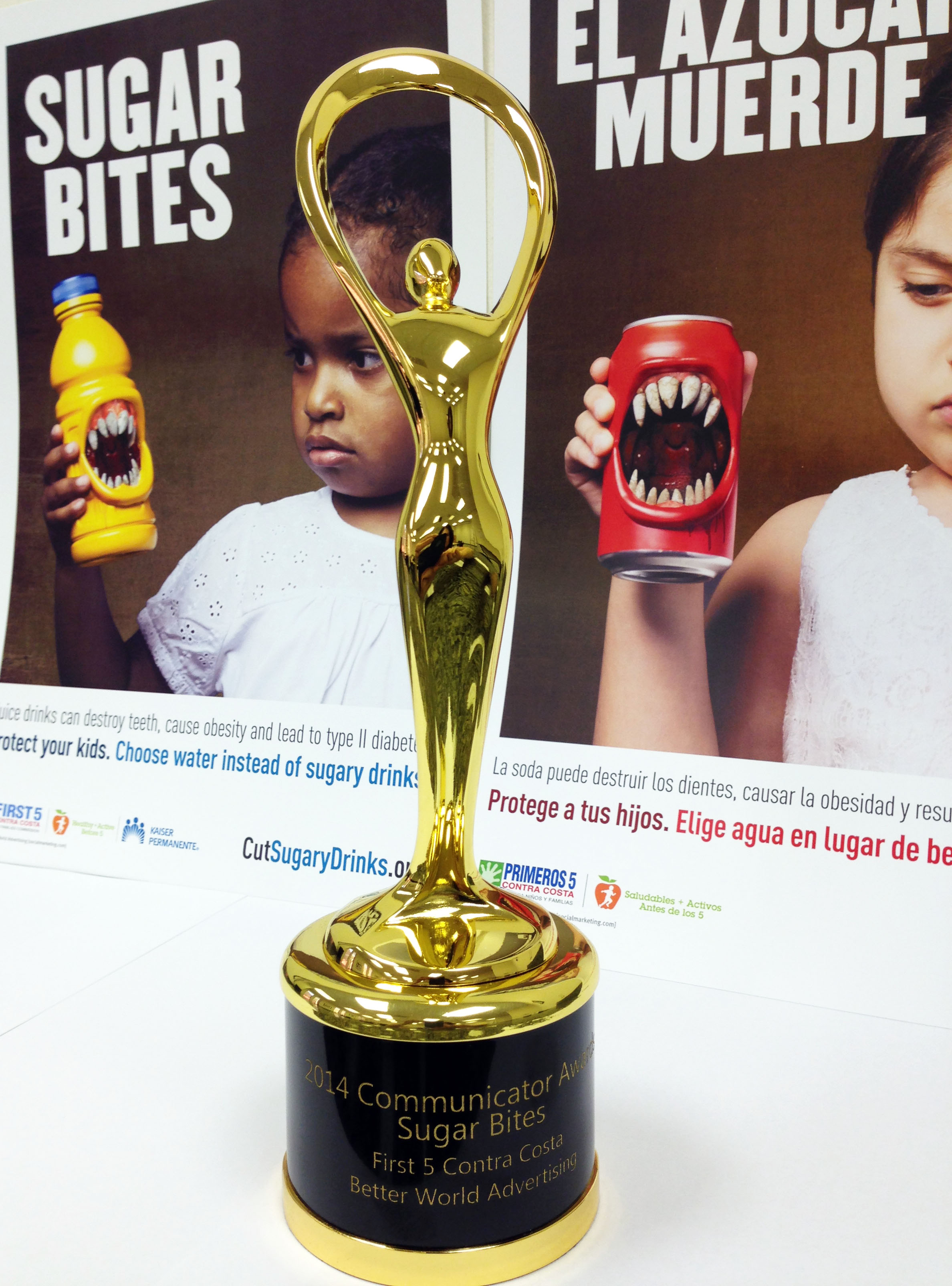 We are planning now for our third round of Sugar Bites. Look for it sometime in Spring 2015. So far, evaluation of the Sugar Bites campaign is positive. It’s also great to receive emails like this one, submitted last week from a mother in Pittsburg:

“I recently had a major abdominal surgery and had to depend on my husband to buy groceries. My husband NEVER goes to the grocery store and only went because I can’t. With our son in tow, he purchased a nice bright sugary box of cereal. By the time I called to specifically tell him NOT to buy cereal, he was already in the check-out line.

When he got home and unpacked the groceries, I told him the only reason I allowed our son to eat the cereal is because I can’t fix breakfast right now. He replied that cereal is not going to hurt him. I disagreed. I told him that sugar is the pathway to addiction and obesity. He paused and said, ‘You’re right. I saw that ad Sugar Bites and you’re right.’ I was floored which is why I’m writing you tonight. The ad is in the perfect location and thank you for putting it there.”

One thought on “Sugar Bites Highlights: Round 2”