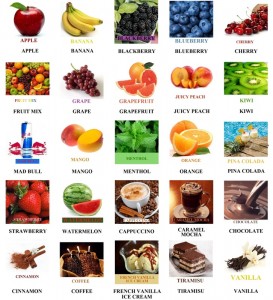 E-cigarettes are tobacco-free, but they contain liquid nicotine in many flavors that can be appealing to young children.

It’s time for California to regulate e-cigarettes. Liquid nicotine is poisonous and can be toxic if ingested.

Last year, the number of calls to the California poison control center involving e-cigarettes exposure in toddlers and preschoolers tripled. And since not all poisonings get reported, according to the CDC, this figure is likely higher.

E-cigarettes come in bright colors and flavors like chocolate or strawberry. The products are appealing to young children, who may ingest them, and older children, who may begin using with them. New research shows that teens who vape are more likely to try smoking regular cigarettes.

A 2013 survey found that 6% of California 7th graders, 12% of 9th graders, and 14% of 11th graders reported using e-cigarettes in the past 30 days. That data was from two years ago. It’s estimated now that e-cigarette consumption could surpass traditional cigarettes within ten years. Even more troubling is new research that shows teens who vape are more likely to try smoking regular cigarettes.

Marketing is one reason. E-cigarettes are not regulated the same way tobacco products are. When was the last time you saw an ad on TV for cigarettes? Not for 40 years, back when tobacco product advertising was banned on the airwaves.

Meanwhile, the amount of money spent to market these products in the U.S. increased by 1200% – including TV and radio ads – in the last three years alone. These products are not harmless. The Center for Environmental Health released a new study last week that found most of the e-cigarette products they tested produce high levels of cancer-causing toxins such as formaldehyde and acetaldehyde – even in some nicotine-free products.

First 5 Contra Costa supports the American Lung Association’s recommendations to regulate e-cigarettes and other smoking devises to protect children and public health by:

The time to act is now!