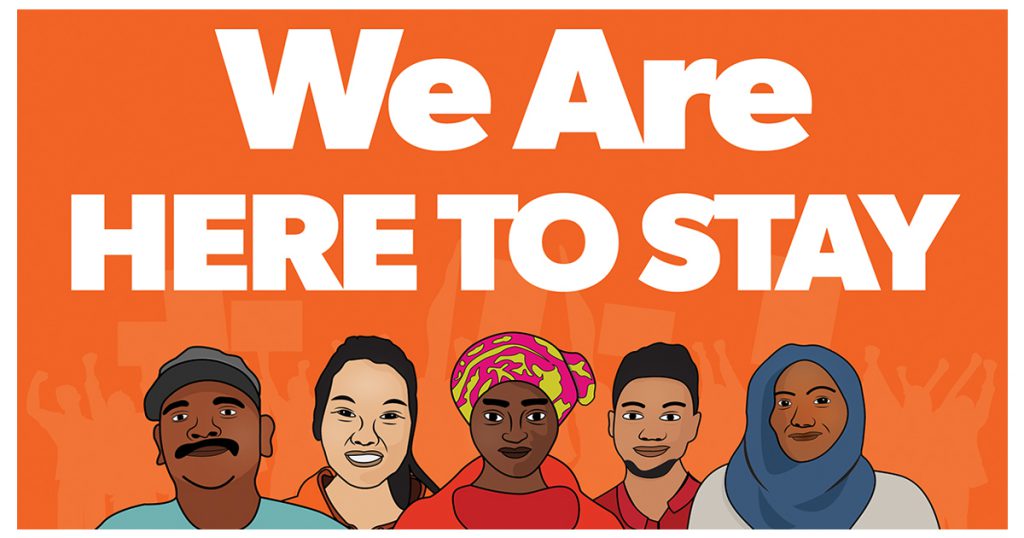 We are exploring many strategies for protecting children and preserving their families, including training service providers and other partners on immigration policies and resources, promoting sanctuary city and safe haven policies, providing trustworthy information for families at our First 5 Centers,  and advocating for just immigration policies.

California lawmakers and officials are also working to protect our families and neighbors:

In America, no one should fear for their safety because of the color of their skin, what language they speak, how they pray, who they love, or where they’re from.

At First 5 Contra Costa, we will stand with our families in this moment of crisis. We believe, like Marian Wright Edelman, that if you don’t stand up for children, then you don’t stand for much of anything.