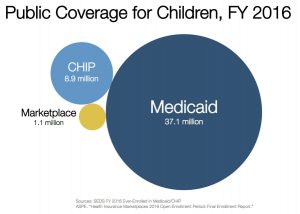 If the bill passes the Senate and is signed into law by President Trump, it will threaten guaranteed access to quality health care for over 35 million children. Furthermore, because of the new limitations on preexisting conditions, children with chronic conditions like asthma or diabetes or a premature baby could jeopardize a family’s financial security.