Governor Brown and leaders from the Senate and Assembly came to an agreement last week on next year’s California Budget, and it includes some big steps forward in supporting low-income families.

The budget, which must be approved by Governor Brown by June 15, finally repeals the 20-year-old Maximum Family Grant (MFG) which denied mothers on welfare from receiving additional cash aid if they have more children.

Senator Holly Mitchell of Los Angeles has been unwavering in her commitment to repeal this unjust policy, calling it a “pejorative concept of the welfare queen who has babies to collect more cash aid.” Research confirmed that this anti-family policy didn’t deter women on welfare from having more kids. Rather, it helped contribute to the high number of babies and toddlers in California living in deep poverty. Toxic stress associated with poverty in early childhood can literally change the structure and function of a child’s developing brain – it’s high time to end this policy and support California’s most vulnerable children and families.

The other good news in the budget deal is a boost in funding for child care and preschool programs by nearly $500 million by 2019-2020. For next year, about $100 million in additional funds will be included to pay for minimum wage increases for child care providers and some extra preschool slots.

Over the next four years, nearly 9,000 state preschool slots for low-income families will be included. Off the table for now is the Governor’s plan to end Transitional Kindergarten and create a troubling block grant to disperse subsidized preschool funding through school districts.

Like any budget, this one’s not perfect. But it’s encouraging to see the legislature — including many who represent Contra Costa County — stepping up to do what’s right for families with young children. Hopefully, this is a trend that will continue to build in next year’s session.

In the last two weeks, we co-hosted two internationally known experts to meet with local service providers and community leaders.

The first was Dr. Matt Sanders, the creator of the Triple P parenting program used in 25 countries to improve parenting skills and reduce child abuse. Triple P has been shown to reduce parent’s stress, anxiety and conflict with partners as well as improve children’s behavior problems.

Dr. Sanders said Triple P is “not a one-size-fits-all kind of parenting class because parents can choose the level of help they need.”  Triple P services range from online support and workshops to more intensive one-on-one and group coaching and classes. “Parents don’t like unsolicited advice. We offer them the level of support they need to deal with their parenting challenges, and then get on with life.” 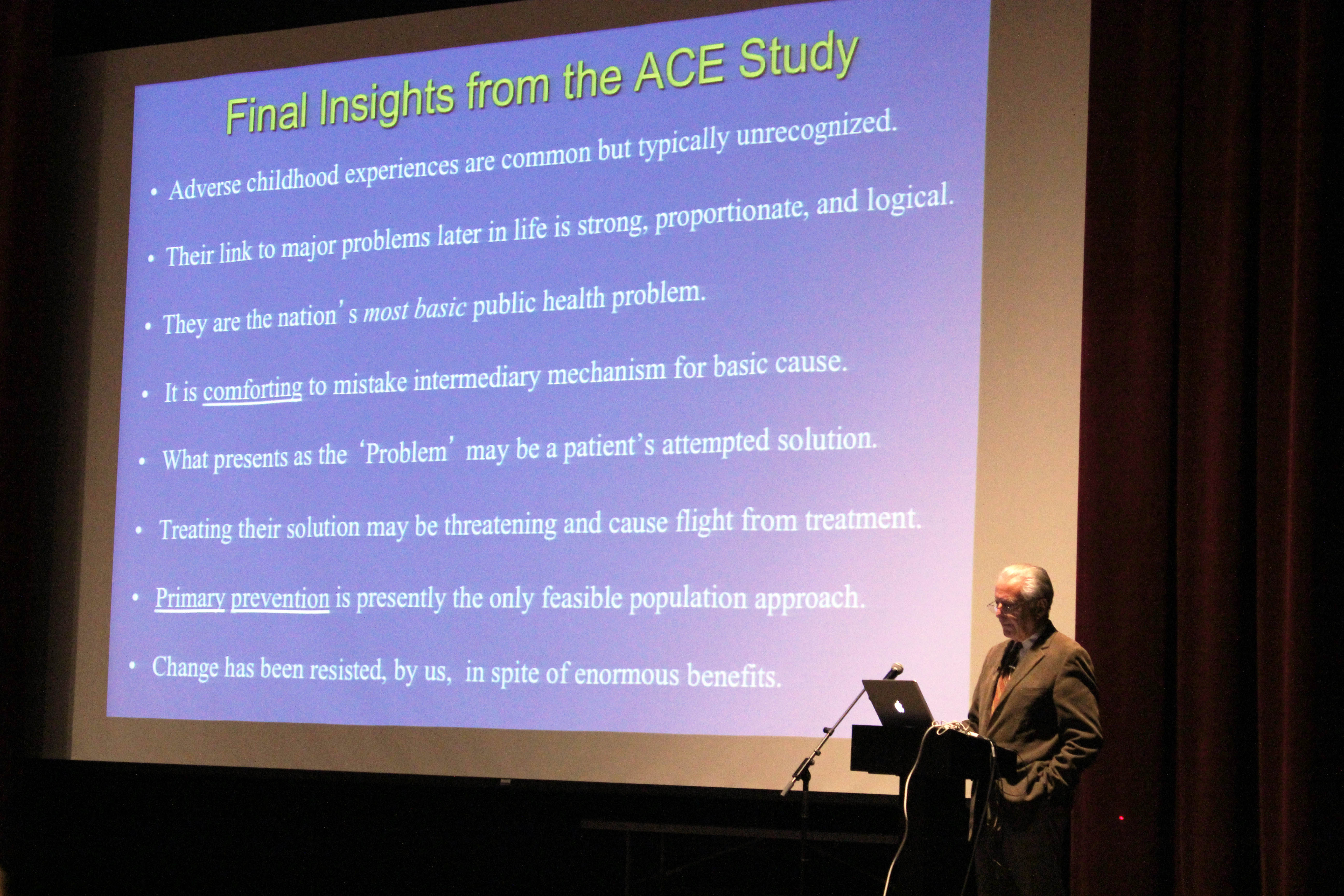 Dr. Felitti presented to about 200 service providers from local health, education and criminal justice systems about the ACEs study and strategies for treating childhood trauma and preventing costly health and social service costs down the road. He was joined later by staff from the RYSE Center who presented findings from a three-year Listening Campaign study of Richmond youth and their experience with violence and trauma.

Last week, First 5 Contra Costa awarded Aspiranet a contract up to $3.6 million to conduct home visiting services for expecting or new moms and dads. Funding was allocated through June 30, 2019, and Aspiranet will receive up to $1.3 million each year starting in July.

First 5 Contra Costa has allocated funding for home visiting services for more than a decade. Every three years or so, we engage in a competitive funding process to re-allocate our funds. This process drew four applicants.

The home visiting model we’re funding will continue to serve both mother and fathers. Male home visitors will provide one-on-one and group support to expecting and new dads, providing assistance with parenting, employment resources, community services, and information about infant development. The program aims to engage expecting parents and provide more in-depth services for a longer period of time. 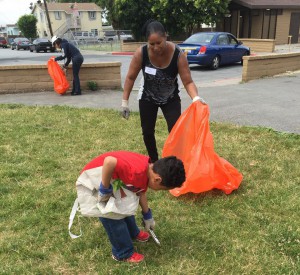 Davis Park was deemed the park most in need of improvements in San Pablo after the Regional Group reviewed conditions at each of the city’s parks. One of the main concerns at Davis was the excessive dumping and trash that make the park feel unsafe and unattractive for families to use.

In May 2015, the Regional Group presented their park assessment findings and recommendations to the San Pablo City Council, resulting in an investment of $450,000 for capital improvements at Davis. Improvements to date include new picnic tables, water fountains, BBQ grills, surveillance cameras, and increased lighting. New family-friendly bathrooms are scheduled for next year.

The Regional Group planned the event hoping to promote cleanliness at the park and to spark greater use by local families. San Pablo City Council Members Genoveva Garcia Calloway and Cecilia Valdez, the local Rotary Club and Kids by the Bay also assisted in the clean up.