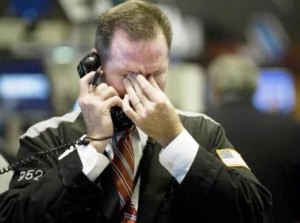 Can you imagine if this were true?  If Wall Street were so concerned about children that they would make daily investment decisions based on children’s welfare? They should. The high school class of 2023 is starting kindergarten this month and there is every indication that the workforce emerging from that class will be as challenged and underprepared as the one that just graduated in June.

According to the Children’s Defense Fund’s newly released report, The State of America’s Children 2011, more than one U.S. child every minute is born into poverty, abuse or neglect.   The 200-plus page report is full of grim statistics about the health, poverty, family stability, education and safety of America’s youngest population. The numbers get worse when they focus on Hispanic and American Indian children, and far bleaker when African American children are the subject.  For example, more than one in three Black, one in three Hispanic, and one in 10 White children in the U.S. live in poverty.

According to the report, California is commendable in its support for the health of pregnant women and infants; the state ranks 6th for low birth weight births and infant mortality. Sadly, that support does not follow through for education. The State spends nearly four times as much per prisoner in its corrections system than it does per pupil in public education. And it shows: three-quarters of California’s public school eighth-graders are unable to read or do math at grade level.

Contra Costa is by no means immune from this situation.  As the Commission’s Chair Joe Valentine reported last week in his message as Director of the County Employment and Human Services Department, this summer:

“The 19,394 Contra Costa children who live in CalWORKS families saw their average grant reduced from an average of $694 to $638 a month … hundreds more will join that group as their parents also reach the 48 month time limit while continuing to struggle to find work in this high unemployment economy.  For their parents, quality child care will become even harder to come by as a result of the 11% cut in state funding for child care.  For EHSD alone, this has led to the defunding of over 70 child care slots, and even the closure of an entire Head Start center in San Pablo.  Parents will face stark choices – either quit their jobs if they were fortunate to have one, or find less desirable alternatives for child care.”

This trend will not improve any time soon. The current State budget has built in trigger cuts in education if revenues do not meet their targets. The federal budget will likely target the poor, the sick, and children as Congress wrestles with cuts in “discretionary” spending.

Fortunately, there is a Children’s Movement afoot in California which was launched by Children Now last year to make children a policy priority.  I encourage you to join and add your collective voice and help build a special interest group that puts children first.  Unless children – the future workforce of America – are put first, things will only get worse.