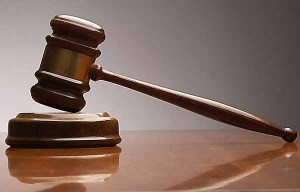 The Fresno Superior Court heard oral arguments last week on the legality of AB 99, which circumvents voters and allows the state to take $1 billion of voter-approved Proposition10 tobacco tax revenues from local health and early education programs for young children. AB 99 was passed as part of the state budget solution last fiscal year, although the eventual budget approved by the Legislature and signed by Governor Brown no longer included the use of First 5 funds.

Twelve First 5 commissions have challenged the legality of AB 99. In the two-hour hearing August 30, attorneys for the First 5 commissions argued that AB 99 is illegal because it was enacted by a 2/3 vote of the Legislature rather than a ballot initiative; it uses Prop 10 funds to supplant state General Funds, which is explicitly prohibited by law; and it removes local control over local revenues. Voters have consistently voted against Legislative attempts to take Proposition 10 funds, most recently with Prop 1D in May 2009.

During the hearing, Judge Debra J. Kazanjian asked the Attorney General, “Why would the voters go through the trouble to emphasize local control if the Legislature could use Prop 10 funds for anything they wanted?” The Attorney General responded that there is a fiscal emergency and the Legislature was merely setting new priorities in view of changed circumstances. Counsel representing the commissions confirmed that under the Act, it is the local commissions, not the State, that decides Prop 10 priorities. Judge Kazanjian has 90 days to issue a decision, followed by a 60-day period in which an appeal can be filed.

In response to the loss of $23 million due to AB 99, First 5 Contra Costa has already cut $3.1 million in funding for valuable community programs. And more cuts will follow. AB 99 has forced us to accelerate a strategic planning process to identify funding priorities and reduce current funding levels by 50 percent over the next four years.

While I remain hopeful the judge will rule in our favor, the reality is we are facing a lengthy legal process that will keep $23 million in local First 5 funds from their intended purpose – serving young children.

Numerous reports released in the last few weeks tell a pretty bleak story about the impact of the recession on children and families: nearly 1 in 5 children in California live in poverty, nearly 1 in 5 drop out of high school, and 22% of children in Contra Costa County are food insecure. Meanwhile, $1 billion in funds intended for effective early education programs remain in limbo.

How much longer can our children afford to wait?