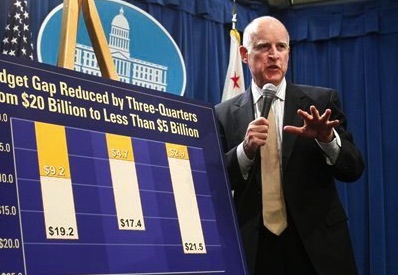 We all knew that the State budget for the coming fiscal year would be as challenging as those in previous years. But I don’t think anyone imagined the sweeping cuts aimed at the poor and their children proposed by the Governor. Reducing the CalWorks budget by $1 billion, with additional cuts to subsidized child care of over half a billion, the Governor proposes setting back the safety net to a time well before President Clinton promised “an end to welfare as we know it.”

Cuts to Early Care and Education:

In the last three years, $1 billion has been cut in early education programs in California, which has forced 100,000 low-income children out of child care. The Governor’s new proposal calls for an additional $517 million in child care cuts for low-income children by changing eligibility guidelines and provider reimbursement rates for subsidized care and eliminating child care for 62,000 children.

In addition, the proposal would force 40,000 four-year-olds out of free public transitional kindergarten, a new program set up for children too young to enroll in kindergarten under the state’s new age requirements. Families will be forced to pay for another year of preschool, quit working, or settle for an arrangement that may not prepare children for kindergarten.

The cuts aren’t the only threats to California’s child care system. The proposal calls for shifting all subsidized child care programs except part-day preschool from the state Department of Education to county welfare departments starting in 2013. Not only does this shift endanger the maintenance of remaining funds for child care, it symbolizes the full shift of child care from an educational opportunity for children to a work support program.

This policy, if enacted, flies in the face of an ever-increasing body of evidence pointing to the educational, economic and social advantages of high-quality early learning, particularly for low-income and other children who need it the most. If anything, California should be taking the opposite tack and seizing the opportunity to build a system of high-quality early learning that forms the base for school readiness and life-long learning. Such an investment in the social infrastructure is every bit as feasible and worthy as the transportation, water, and other visionary public investments advocated by the Governor in his State of the State address yesterday.

Governor Brown proposes to cut $1 billion from CalWORKs by reducing monthly cash grants to their lowest amounts in decades, shortening the amount of time people can receive aid from four years to two, and providing assistance and child care subsidies only to people who meet new work requirements.

Previously approved welfare-to-work activities, such as job training or educational attainment, will not be supported with aid or child care subsidies. And as mentioned above, families who have successfully transitioned from welfare to work, and rely on child care subsidy to maintain employment, may lose their child care due to new eligibility requirements.

These changes to CalWORKs would be enacted even if his proposed tax initiative is passed by the voters in November.

Policy and budget decisions are all too often driven by hard ideology rather than sound policy, or even common sense. That is the unfortunate state of our times. But right now, one in every five children in California lives in poverty. Seventy-five percent of the people depending on CalWorks are children. The affects of poverty on children can be lifelong, leading to a generation of Californians who have been deprived of the essential supports of early life and who may never live to their full potential.

Cutting welfare, reducing child care, changing the work requirements during a recession – these are policy decisions that will only deepen the hole for families trying to emerge from poverty.

A greater investment in children who need it the most – not less – is what is needed to see the highest return in social and economic terms.