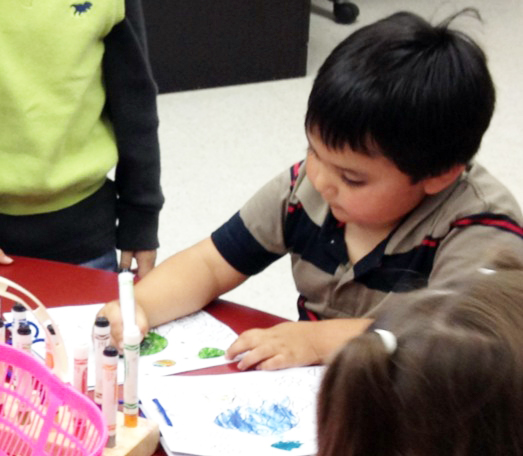 Hector, a five-year-old kindergartner from Bay Point, loved his new kindergarten class so much that he called the staff at the Bay Point First 5 Center to tell them all about it.

“Victor took classes at the Center for the last three years, so the staff really loved hearing how much he was enjoying kindergarten.  I would put him on speaker phone,” said Vicki Coster, the Center’s Director. Things took a turn when Hector and his mom came into the Center last week. When Vicki asked him how kindergarten was going, he immediately started crying. His mom was also in tears.

Due to overcrowding at the school, Hector was told he would have to attend school in Concord. His mom, who has learning disabilities, did not fully understand the letter from the school so she had tried to drop him off at his usual class the following day. He was turned away. The family does not have a car, and there isn’t a direct bus route to the new school.

The school district told Hector’s mom that it would take two weeks to figure out a bus plan to transport him to Concord and that he should stay home until then. Hector had already missed four days of kindergarten. That’s when staff at the First 5 Center got involved.

Vicki called the district and learned that Hector was actually registered at Bel Air Elementary, a school located down the street from the Center, but in another school district. Relieved, they piled into the car and drove to the school. Then the folks at the front desk said there was a mistake and Victor was not enrolled in their school. Hours of phone calls between school districts, a meeting with Bel Air’s principal, even more time filling out enrollment paperwork, and at last, Hector was enrolled in the nearby school.

He called the First 5 Center the next day to report, “I’m back in kindergarten. I’m going to be really smart now.”

Families like Victor’s turn to the First 5 Centers for support every day. Learn more about the free classes and services provided at a First 5 Center near you.