“If money wasn’t an object and you could fund any major intervention for children, what would it be?”

That was the question posed to Dr. Bruce Perry, the nation’s expert on early childhood development and trauma, when we hosted him for a seminar earlier this year.

Dr. Perry said he would focus on a wide public education effort to help the general public better understand core concepts of early childhood brain development. To do that, he suggested integrating these concepts into television programs. So as you’re watching your favorite comedy, for example, you may also get a dose of important early childhood concepts or learn about how critical brain development is during a child’s first three years.

The audience of mental health specialists, early intervention providers, and pediatricians and health care providers may have been a little surprised by his response.

But now this concept is being put into practice, thanks to Too Small to Fail, a joint initiative of the Bill, Hillary and Chelsea Clinton Foundation and Next Generation.  Several months ago, the organization met with Hollywood executives, directors and show runners to suggest ways to incorporate important early childhood messages into popular television programs.

The goal is to get parents talking and reading to their children during their first five years and to combat the “word gap” that persists among low-income children. Studies have found that by age four, children in middle and upper income families hear 30 million more words than their lower income peers. This puts children born with the fewest advantages even further behind.

If you’ve been binge-watching season 2 of Orange is the New Black, you might have seen this exchange between an incarcerated new mother and the father of her baby (click here to view). 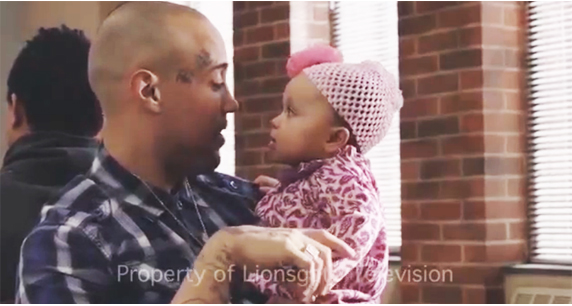 Other programs, such as the Fosters, will also participate in this effort.

Great work Too Small to Fail!