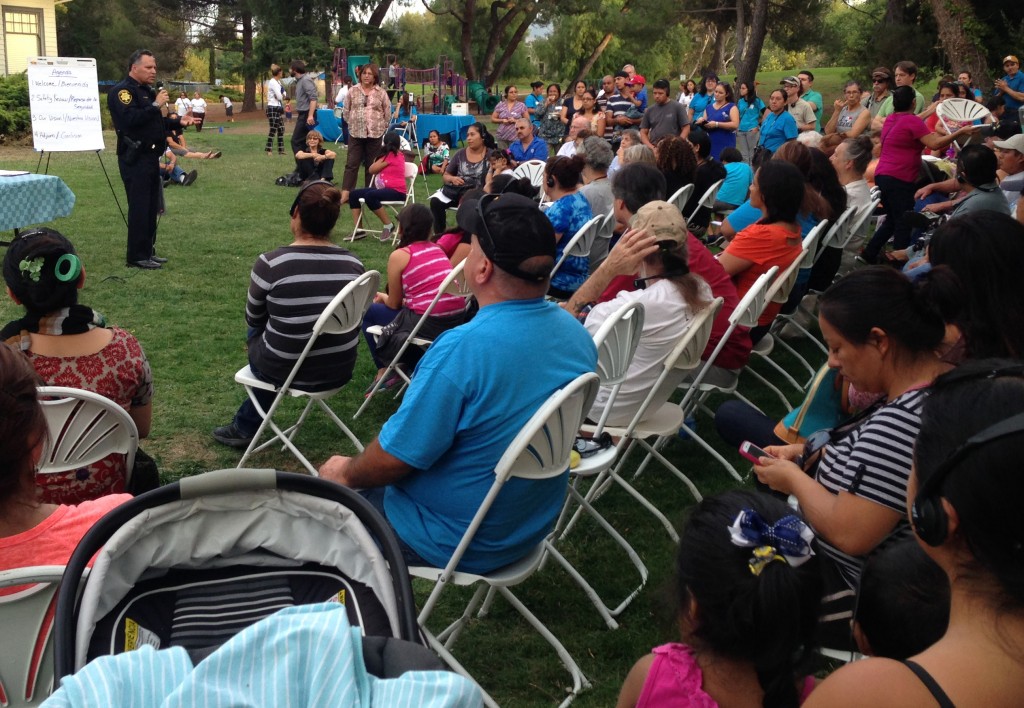 The Regional Groups are continuing their efforts to help all Contra Costa children gain access to safe, usable parks and playgrounds. Their latest activities include co-hosting meetings with police representatives to improve safety in and around parks.

The Regional Groups, three parent advocacy groups First 5 Contra Costa trains, supports, and sponsors, began their park improvement work a few years ago by assessing conditions at 75 parks in the Monument community of Concord, East County and San Pablo. Results from these assessments have been presented to local city councils and park and recreation commissions, and so far, have generated $1.6 million in funds and grants from cities to pay for recommended improvements. But that was just the beginning.

These dedicated parent advocates are now working with the police, city officials, and other residents to address crime and safety concerns plaguing many parks in the county’s lowest income communities. The Regional Groups, along with Healthy and Active Before 5, have co-hosted community meetings with police representatives in Pittsburg, Concord and San Pablo at the parks they prioritized as most in need of improvements. 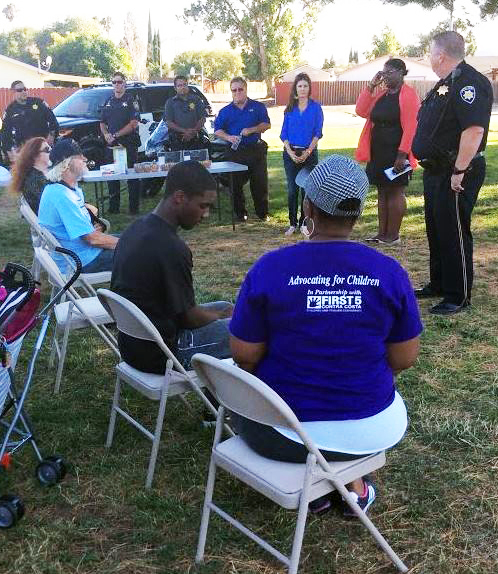 The Concord meeting took place at Ellis Lake Park, which the Concord City Council recently awarded significant funding to implement recommendations made by the Central County Regional Group. The 120 residents attending the meeting expressed an interest in working with police to address drug dealing, prostitution, robbery, and assaults near the park. The Pittsburg event drew about 75 residents who expressed concerns about speeding, drug use near the park, and unleashed dogs. San Pablo’s meeting at Davis Park attracted more than 75 residents, along with the City’s police chief Lisa Rosales. Residents expressed concerns about vandalism, loitering, and perceptions about safety near the park.

All three meetings included updates about crime stats, opportunities for residents to share concerns with police, and planning to improve park use, safety and community partnership. More meetings are planned in these communities to start Neighborhood Watch or Park Guardianship programs.

Kudos to these parent leaders, who are working so diligently to make Contra Costa safer and more family-friendly, one park at a time.