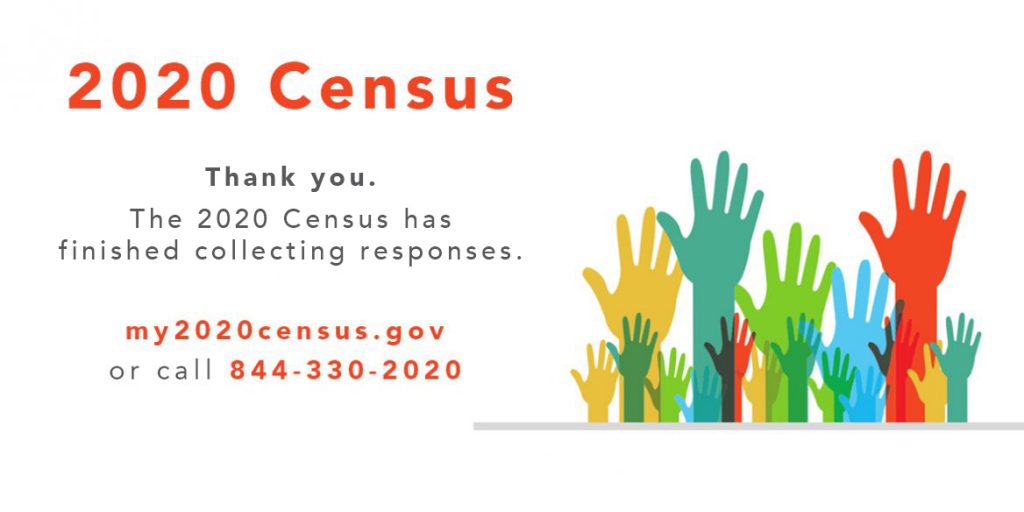 On October 14, 2020, the Census Bureau issued a press release to indicating Census Operation will on on October 15, 2020.

To be notified of any actions related to the county’s Census efforts, please take a moment and click here to fill out the contact form for the county.

The Census has been extended until September 30, with in-person enumeration scheduled to begin in August. Someone may come to your door if you haven’t done the census by August. Click here to find out how to verify that someone is a census taker.

As of July 21, only 71.5% of Contra Costa County has self-responded to the Census (California is at 63.4%). There are many more people to count. If July 21 were the last day of the census our county would lose $6 billion dollars over the next ten years!

You can look at the response rates here: https://2020census.gov/en/response-rates.html.

On July 15, the U.S. Census Bureau confirmed that Non-Response FollowUp (NRFU) will begin in California starting August 11.  Census workers will follow all local public health guidelines. They are trained to wear a mask and will conduct all interviews from outside the home.  Visits will take place between 9 a.m. and 9 p.m., including on weekends when people are most likely to be home.

If the Census worker who knocks on your door doesn’t speak your language, you can request a return visit from one who does.  Households can identify an official Census taker by: 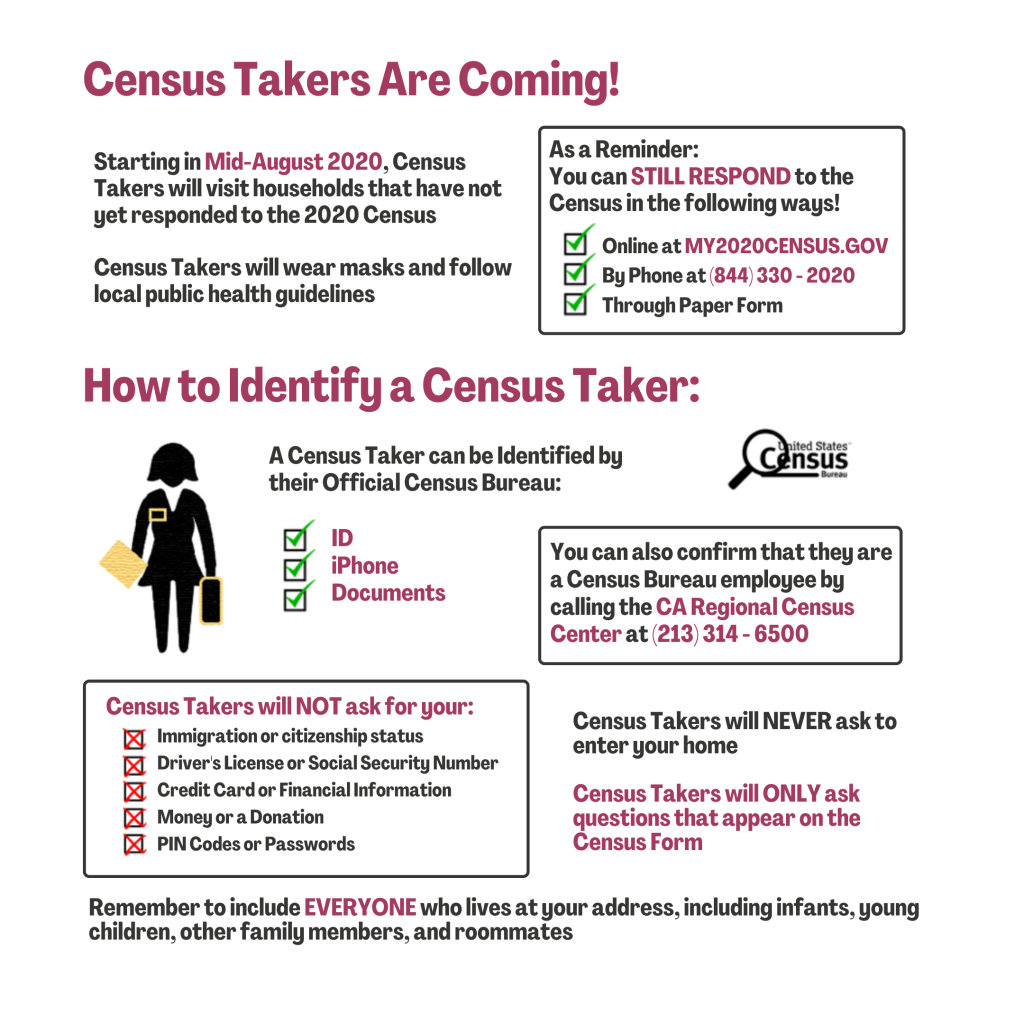 If you can’t find your ID number no worries.  Here’s how easy it is to still do the census: https://censuscounts.org/wp-content/uploads/2020/05/ISRPortal_non-ID-FINAL.pdf

How to Fix an Incorrect Submission

If you have already completed the census only to realize you left off your baby, young child, or someone else, you can correct your census submission. Click here: https://countallkids.org/fixing-an-incorrect-census-submission/

Resources in different languages are available at www.cococensus.org

Making Sure Young Children are Counted

Census 2020 is ramping up, and we need to make sure everyone in our community is counted—especially young children. In the last census (2010), about five percent of children under age five weren’t counted—approximately one million kids nationwide. California had the highest rate of undercount for young children in the entire country. Click here to download more information.

Kiss Them, Then Count Them

Flyer from the 2020census.gov on making sure that all newboarn babies are counted on your census. Download here!

The 2020 Census is happening now! Here’s a quick refresher of what it is and why it’s essential that everyone is counted.

Make sure everyone is counted!

To be notified of any actions related to the county’s Census efforts, please take a moment and click here to fill out the contact form for the county.