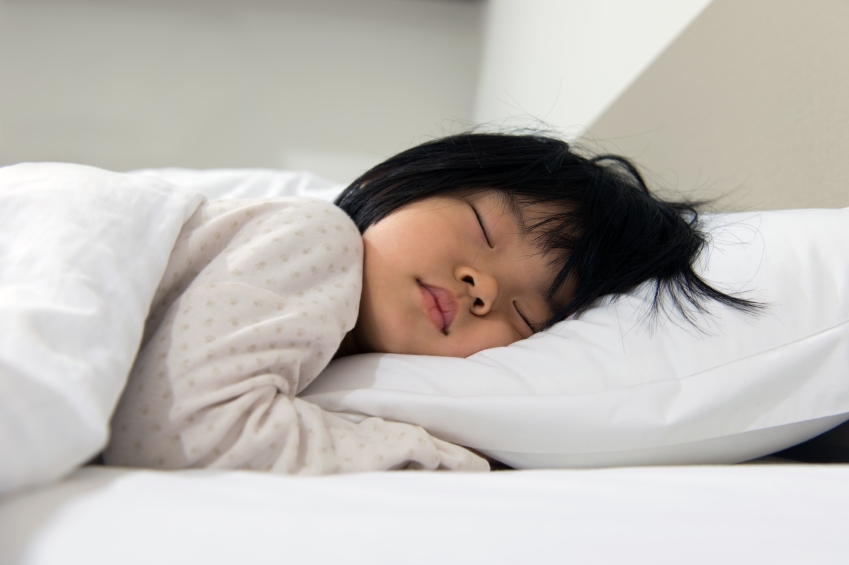 Young children need a lot of sleep. In fact, sleep is the brain’s primary activity during early development. It’s during sleep that the brain sorts through and stores information, replaces chemicals, and solves problems.

Studies show just one hour less of sleep a night during early childhood has long-lasting effects on proper language and cognitive development. Lack of sleep can also lead to behavioral problems, like hyperactivity, trouble managing emotions and poor concentration skills.

Every child is different, but there are basic guidelines about how much sleep kids need. According to the National Sleep Foundation:

You may notice that your child has difficulty sleeping when reaching major development milestones such as walking or talking; when they’re teething; when they’re sick; or when they’re experiencing separation anxiety. This is normal and will eventually pass.

A new study shows that consistent bedtime routines are just as important as the number of hours children sleep. Because young children thrive on consistency, routines make it easier for them to relax and fall asleep. Routines will differ based on what your child likes, but could include taking a bath, reading a story, singing a lullaby, or giving a goodnight kiss.

Sudden Infant Death Syndrome (SIDS) is the leading cause of death for infants under 1. Place babies on their back – not on their tummies – when putting them down to sleep. Buy a safety-approved crib and a firm mattress. Don’t place pillows, blankets, bumpers or stuffed animals in the crib and never use infant sleep positioners.

Keep the bedroom at a temperature that’s comfortable, not hot – around 70 degrees – then dress your baby for bed in whatever you’re comfortable in plus one layer. Overheating is a risk factor for SIDS as well. Never smoke in your baby’s room. Secondhand smoke has been linked to an increased risk of SIDS.